Unseen Westeros: The Game of Thrones Exhibition in Berlin

In anticipation for the final season of one of television’s most popular shows, we visited an exclusive exhibition based on the material of Game of Thrones. It was a freezing night fitting for the experience, following the fabled words ‘Winter is Coming’ – the identifying words of protagonist family House Stark, which have essentially evolved […]

In anticipation for the final season of one of television’s most popular shows, we visited an exclusive exhibition based on the material of Game of Thrones.

It was a freezing night fitting for the experience, following the fabled words ‘Winter is Coming’ – the identifying words of protagonist family House Stark, which have essentially evolved into HBO’s official slogan for the show.

The location itself was quite haunting. An old disused factory that hadn’t hosted an event in over thirty years. The insides were stripped bare and there was little heating, the rooms were dark and echoed any sound.

There was a duet band performing as we arrived, a melodic, almost medieval inspired music with a modern stance. It added well to the atmosphere as we were ordering red wines and being served bowls of hot chili, which might have been a reference to the infamous ‘bowl of brown’ mentioned in the show – a staple meat dish sold to the poor of King’s Landing in the books and show.

The artwork itself was mesmerising 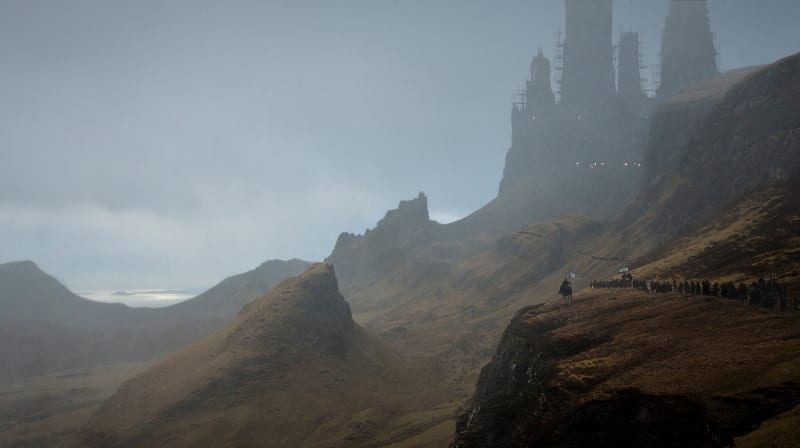 The artwork itself was mesmerising in of itself, some were huge in size and most arranged on wires with lights facing them to bring out the facades of mountains and the sheer depth perception of the gigantic landscapes and castles they illustrated.

Each room brought you to another region of the fictional world. Between floors you could traverse between Esteros, Westeros, Southeros, as well as far-off exotic and mysterious lands based on real world far-east and African civilizations. As the works were based upon ‘A History of Westeros’ by R.R Martin, every piece was set a thousand years before the show, many of which have never been depicted on television.

Although there was a handy audio description available through smartphone, unfortunately for us our German was not strong enough to get as much information as we’d have liked and there was no English option. Additionally, there was little description besides the title and artist name to each piece. Some of the fun though as fans was deciphering where many of these places were and there relevance to the current stage of the books and show.

The diversity of art styles supported just how complex the fictional world of Game of Thrones is with its complex cultures, history and politics that the fans adore.

What was quite impressive was the different music allocated to each room. Every set of music was created between two composers Julian Lapping and Andre Samolyanov. Having done music production in big media before they brought to life some interesting soundtracks that really fit the aesthetics of these different ‘worlds’, whether it be swamp, ice, city or jungle, their work really pushed the immersion.

The artwork itself was varied and impressive. As it was contributed by forty different artists (many who had worked on the HBO show) you can imagine a lot of different stylistic elements. This gave for some interesting content beyond the actual subject matter. There were a lot of photo realism on display but also some oil paintings reminiscent to a Monet-esque style too. The diversity of art styles supported just how complex the fictional world of Game of Thrones is with its complex cultures, history and politics that the fans adore.

The photo realistic painting showed immense towers spotted in ember and flooded in dark smoke as onlookers in full armour take up the forefront,

Admittedly, the most impressive tended to be the large scale pieces, in particular the Burning of Harenhall, a setting depicted in the show as once the greatest structure made by man able to withstand any siege whether by land or sea, subsequently burnt down with all its inhabitants by dragons. 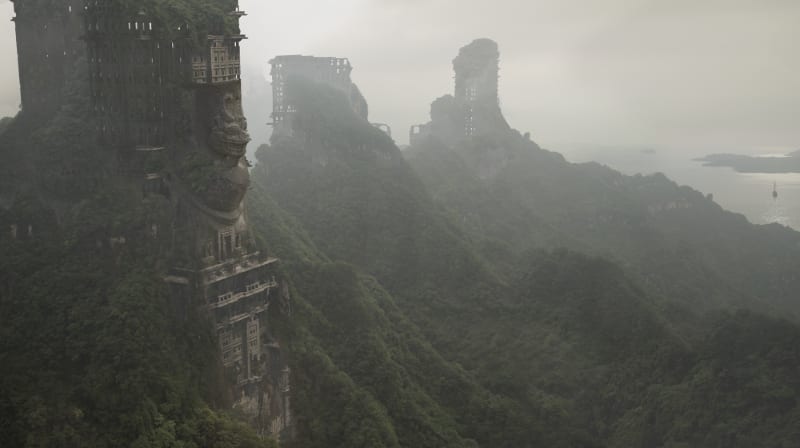 Harenhall makes an appearance several times in the show in its now decrepit state. The photo realistic painting showed immense towers spotted in ember and flooded in dark smoke as onlookers in full armour take up the forefront, their backs to the viewer. It illustrated the gravity of the situation, even to someone with no idea of the context. It was clear these soldiers were witnessing something truly catastrophic.

Another was the depiction of Asshai, a place one of the key characters ‘The Red Priestess’ is said to originate from, a place never actually depicted on screen. George R.R. Martin wrote: “There are no children in Asshai. All who dwell there wear masks or veils, and often walk alone or ride in palanquins of ebony and iron, hidden behind dark curtains and carried upon the backs of slaves.” The piece shows scaling mountains in darkness and fog with a single building, its windows glowing from fire light. It was surreal to have something so mysteriously imaginative illustrated so fittingly well through simple landscape.

Other pieces showed ancestral portraits to key characters, as well as a picture of the ‘first men’, mentioned in Game of Thrones as a signifier to the world’s ancient and antique roots. In particular they are mentioned in regard to the looming antagonising race of creatures known as ‘White Walkers’ and the mythical war men fought against them – the ‘Long Knight’.

There was a painting showing a battle from that very era. A visual reference to such a battle is exciting for any fan because even in the fictional world of game of thrones it is considered practically myth.

In the very early episodes of Game of Thrones there’s even a reference to gigantic ‘ice spiders’ said to roam during the Long Night, and fans have voiced disappointment that they have not been shown in the TV show as of yet, well these too can be found in Unseen Westeros. So if you are a fan of Game of Thrones and are able to visit this exhibition, it’s highly recommended.