After the success of their debut album Close Eyes to Exit marked them out as a band to watch on the indie scene, Klangstof returns with their highly anticipated second album The Noise You Make Is Silent.  The much-celebrated Amsterdam-based indie act composed of Koen van de Wardt, Wannes Salome and Erik Buschmann are, “putting their versatility and impulsiveness on full display”, in their forthcoming album. In an interview with indieBerlin, Koen […]

After the success of their debut album Close Eyes to Exit marked them out as a band to watch on the indie scene, Klangstof returns with their highly anticipated second album The Noise You Make Is Silent.

The much-celebrated Amsterdam-based indie act composed of Koen van de Wardt, Wannes Salome and Erik Buschmann are, “putting their versatility and impulsiveness on full display”, in their forthcoming album. In an interview with indieBerlin, Koen van de Warndt, the founder and lead singer of Klangstof, reflects on the journey that he has had making music – the journey that has taken him from emotive song-writing in solitude to performing at Coachella. Luckily, Klangstof is also catering for its German audience – catch the trio at Bi Nuu on 11th of March!

indieBerlin: Firstly, how would you describe your music to someone who has never heard it before? And how has your sound evolved since you first started playing as a band?

“On the first record we were still kind of an indie rock band, I guess. But for the new album we went way more electronic, so I think it’s more like an electronic band. We didn’t really want the new album to sound like the first one, so I think we did way more with the computer and on our synthesizers than we did before. We kind of changed more into ‘electronic indie’ rather than, you know, rocking out with real instruments. It was just a very different process. We wanted to do most of it ourselves instead of going to a studio and recording it there, so we just spent many days and weeks at my home studio in Amsterdam, just setting up all our synthesizers and gear and really jamming out. Instead of first writing a song, we just tried to find really cool sounds that we loved and took it from there. Instead of first writing a song, we just went on and experimented with sounds before actually getting into composition.“

iB: You’re originally from the Netherlands but have also lives in Norway for many years, would you say there are differences in the music scenes in each country?

“The funny thing is that I moved to Norway when I was 14, and before that I didn’t actually do anything in music. So I guess my sound really started out in Norway, and really I feel like the biggest difference between Scandinavian music and Dutch music is that the Scandinavian sound is a lot more dreamy. I actually think the biggest difference between the two scenes is that in Norway you can be a lot more dreamy, and in Holland there wasn’t really an indie scene at all. I guess there was just a lot of dance music coming out of here so it’s kind of nice now with the second album that we really took the best of both worlds, because we really wanted to make a record that was a bit more upbeat and danceable and I think we learned a lot from living here (the Netherlands) again. It was just easier for us to connect with a bit more uptempo music.”

I feel like the biggest difference between Scandinavian music and Dutch music is that the Scandinavian sound is a lot more dreamy.

“With the first record it was basically just me writing all the songs and doing most of the stuff. We just felt like we really grew together as a band because we had been on a tour for almost two years straight and we just felt that if we’re going to make a new record we should do it together instead of just me doing everything. So it immediately just changes the sound because you have a lot more input. So I feel like the biggest difference was just by really listening to each other and everyone just had an input, which for me was very nice because I always kind of get stuck after like one minute twenty, you know when I’ve written the song – it’s like one minute and twenty for like two years until I’m like ‘fuck I have to finish this one’. And now it was just different because we all wanted to finish the songs straight away. Having everyone’s input and also having proper producers in the band just made it way easier for us to finish it (the record) as well.”

iB: Is there any artist or producer you would like to collaborate with?

“Yeah there are many. I think what we tried to do with this record was that we wanted to do it with Chris Tailor from the Grizzly Bear. We actually met up two times in Los Angeles where he has his studio, and we did a few jam sessions, but in the end, it was just too expensive for us to stay in LA. So we kind of went back home and did it by ourselves. It was really inspiring; I think working with a proper producer can really elevate it to the next level. It’s a funny question because in terms of producers, I always like to find someone that doesn’t do the same thing that we do, you know. I’d rather go in with like a hiphop producer or someone who just views things differently than we do. So, if someone like Kendrick Lamar or Rick Rubin for example would do a Klangstof record, that would be insane! “

I just feel like right now there is not a real connection between the industry and the actual musicians, and I feel like that’s a really big problem.

iB: If you could change anything about the music industry, what would it be?

“I think the most important thing that the music industry lacks nowadays is just openness. I feel like a lot of artists, including us, don’t really know what is going on in the higher level; on the business side of things. And I feel like it just lacks a lot of clarity, so if there is one thing, I think that the music industry could use it’s just to be clear and open about everything to the artists. Because it’s really hard to be an artist, and not really knowing what’s going on in terms of money that’s being spent and all that kind of stuff. I just feel like right now there is not a real connection between the industry and the actual musicians, and I feel like that’s a really big problem.“

iB: What is the most valuable lesson you’ve learned during your career as musician?

“That’s a pretty good question! There are so many things that are valuable…We were signed with Warner Brothers in America and when we started writing the new record we just felt like we didn’t really connect, and we didn’t really know what they wanted us to make. I feel like there were just a lot of months that we struggled trying to find what Klangstof had to sound like. It took us a really long time and after a while we were kind of like ‘it’s our project so we should decide what it sounds like’. So I think the most valuable lesson I’ve learned during the writing of the record, that you should just always listen to yourself – it’s all about your creativity instead of listening to what other people want you to sound like. It helped us just by knowing that it’s our thing and we actually know what we’re doing.”

iB: What’s the most touching response you’ve ever had on piece of your music?

“The first ever Klangstof show I think this was back in 2015 and it was so emotional because I remember being on stage and it was the first time I heard my own music really loud. I remember I was just really touched by it and the audience could see that as well. We did a show, I think it was like thirty minutes because we had almost no songs. There was a woman coming to me after the show and she just gave me a hug and started crying. I remember everyone in the band, including me, just started crying. It was so real – we didn’t even have to talk it was just like ‘give me a hug and let’s just cry!’“

It’s all about your creativity instead of listening to what other people want you to sound like.

iB: You’ve already played at Coachella; do you consider that as the high point of your career to date?

“I think it’s such a big festival, so in terms of that it probably was, but it’s also like when you do such small shows like the one I just talked about, you just get way closer to the audience and at a big festival usually you don’t even see the faces (in the audience). So, for me the highlight is a show with 150 people that are all just very intimate and close, because it just means way more to us than playing at big festivals.”

iB: What’s next for the band?

“Well it’s just going to be great to be on tour again. We are going to start playing in March and the record is coming out in two weeks now, so I am starting to get really nervous already. Just you know, having some new music out, it’s just always a very special moment because you’ve been working on it for almost three years. So I guess both February and March we are on tour and the album is coming out that is just for us like the most exciting thing in the world, because we really want to know what everyone thinks about the record and give people finally some more Klangstof music.” 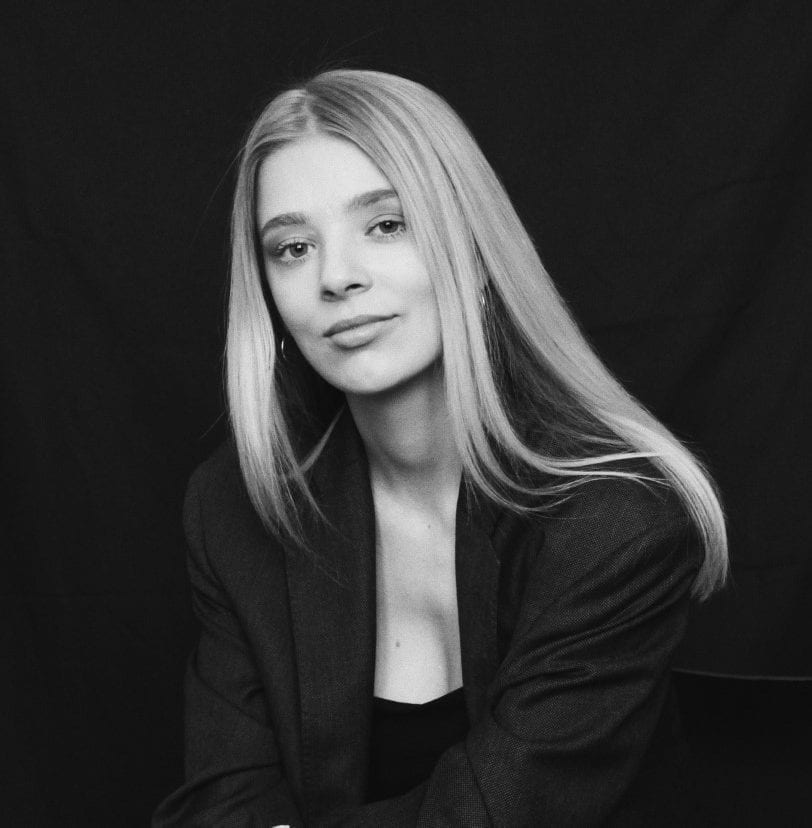