24 year old Mie Louise has been singing and performing for as long as I have known her. We went to highschool together in Copenhagen back in 2010. We were only 15 years old back then. We played in the schools rockband together and wrote songs with some of the younger students at our school. […]

24 year old Mie Louise has been singing and performing for as long as I have known her.
We went to highschool together in Copenhagen back in 2010. We were only 15 years old back then.
We played in the schools rockband together and wrote songs with some of the younger students at our school.
In 2011 we parted ways for one year, but not really. We both went to boarding-school in Tølløse, in Denmark, for a year, but not at the same school.
We met again in 2012, as we started in the same music-class at a gymnasium in Copenhagen.

Now Mie Louise is releasing her music under the artistname Mielou.
You can always recognise her by her big soulful R&B voice and her huge red hair. She gets her inspiration from artists like Amy Winehouse, Aretha Franklin, Beyoncé and Whitney Houston.

Mielou actually gets most of her inspiration through dance and moving her body. She has also been dancing for as long as I’ve known her.
With her background in dance, she is highly dedicated to making a good performance. She always uses her body when she’s singing, as you also can see in her music video ‘Not Lying’.

I got a chance to sit down with her, and ask her a few questions:

IndieBerlin: If you had to describe your music to a deaf person, what would you say?

Mielou: I would say that my music is made out of a lot of colours. It’s mostly soft, but with a lot of emotional feelings and spirit in it. The songs that I have released so far, are not really something you would dance or party to, but it’s chill and nice, but also strong and dramatic in a peaceful way, a bit like a river. Sometimes it’s very dramatic and strong when the waves start coming, but if you take some of the water from the waves it’s very soft and flows peacefully.
And when the sun lights up the wave the colour comes through, and that is how I see and feel my music.
I also get a lot of my ideas to my songs through dance, many of them are inspired by contemporary dance.

IndieBerlin: If your music was a movie, which genre would it be in?

Mielou: If my music was a movie, I think it would be something between drama and fantasy. Because I use a lot of my own experience and feelings to write my lyrics, so it becomes more authentic. In the instrumental part I like to mix real sounds and electronic sounds, and one of my favourite things to add in my music is a lot of choirs, it’s very important to me, because it makes it sounds more spiritual and organic.

IndieBerlin: How do you feel about covering a song?

Mielou: I have played many covers before, and sometimes I still do it. We all have some songs that somehow have a special meaning to us. I used to sit and play different covers that were special to me in different ways. I remember, I always had a dream about one day being the one others where making covers of. If my songs can give a special meaning to others – that would be absolutely amazing!

IndieBerlin: In ten years you look back at today and think…

Mielou: All that.. all that hard work started something that put me where I am today. I will hopefully have become much more clever, smart and wise than I am today. I’m sure my music and I will have changed a lot in the good ways and also taught me what roads not to take. But all in all, I’m looking forward to all the experiences that are waiting for me and my career as an artist, and I can’t wait to show you all I have on my mind and in my heart.
I hope that I’ll never stop searching for new inspiration and experimenting with new sounds and ideas. I hope I’ll always keep working to the limit, and then keep crossing the limits, because it’s only your mind that create limits.
I want to make myself limitless and just keep getting inspired, and being grateful for whatever comes my way.

Her new single ‘Come Over’, featuring Samuel Wantate, was released on Valentines-day this year.
‘Come Over’ is a co-write by Mielou and Wantate.

Mielou’s 1st release ‘Not Lying’ was released the 26th of October 2019 with an aesthetically pleasing music video.
Mielou has written and composed ‘Not Lying’ all by herself.
It was produced by Wantate and Mielou.

The Best New Bands played her newest single ‘Come Over’ in the radio show on the 24th of February.
If you missed it, you’re in luck – You can listen to the podcast here!

Stay tuned with Mielou on SoMe: 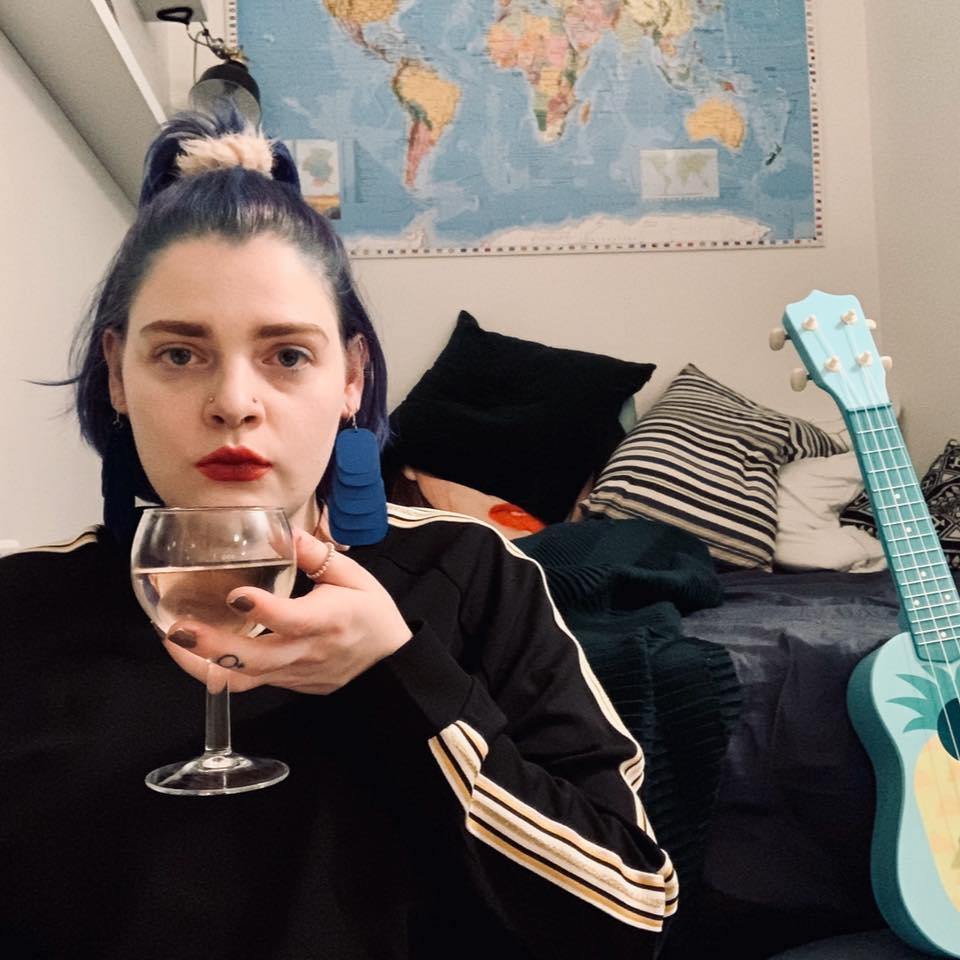 Maria Mercedes is a Copenhagen-based Faroese german-student, currently doing her internship with IndieBerlin in Berlin.
When she isn’t hitting the books or working for IndieBerlin, she is hitting the stage with her band Marbles Lost.